The  23rd of April is a popular day – it’s also Shakespeare & Miguel de Cervantes’ birthday. (I love the Man of La Mancha … “To dream the impossible dream..” and coming over to London was definately this Kiwi tilting at windmills and succeeding.) 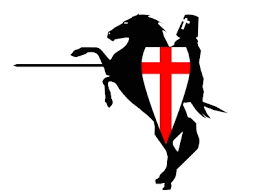 I’ve had a question from one of my blog readers (SJ, cheers for the comment & reading) asking what events are held on this side of the world for ANZAC day.

[For my non Kiwi & Australian readers;

Anzac Day is a national day of remembrance in Australia and New Zealand, originally commemorated by both countries on 25 April every year to honour the members of the Australian and New Zealand Army Corps (ANZAC) who fought at Gallipoli in the Ottoman Empire during World War I.

Services are held at dawn, which is the same time the ANZACs landed in Turkey. Later in the day, men and women who served in different wars march throughout cities and towns and ceremonies are held at war memorials around the two countries.]

London ANZAC Day events will be commemorated on Thursday 25 April 2013 with the following services:

05.00 : Dawn ServiceAustralian War Memorial, Hyde Park Corner
Service lasts approximately 45 minutes and is a non-ticketed event open to all members of the public. This service will be followed by a short wreath laying ceremony at the New Zealand Memorial.

11.00 : Wreath Laying ServiceThe Cenotaph, Whitehall
Service lasts approximately 30 minutes and will conclude to allow enough time for the short walk to Westminster Abbey for the Commemorative Service. Tickets are not required to observe the ceremony, however passes are required for those wishing to participate in the Parade (Service, ex-Service Personnel and relatives), and can be requested online in early 2013.

12.00 : Commemorative ServiceWestminster Abbey
Service lasts for approximately one hour. Complimentary tickets are required to attend this service and will be available at www.anzacdaylondon.com from early 2013.